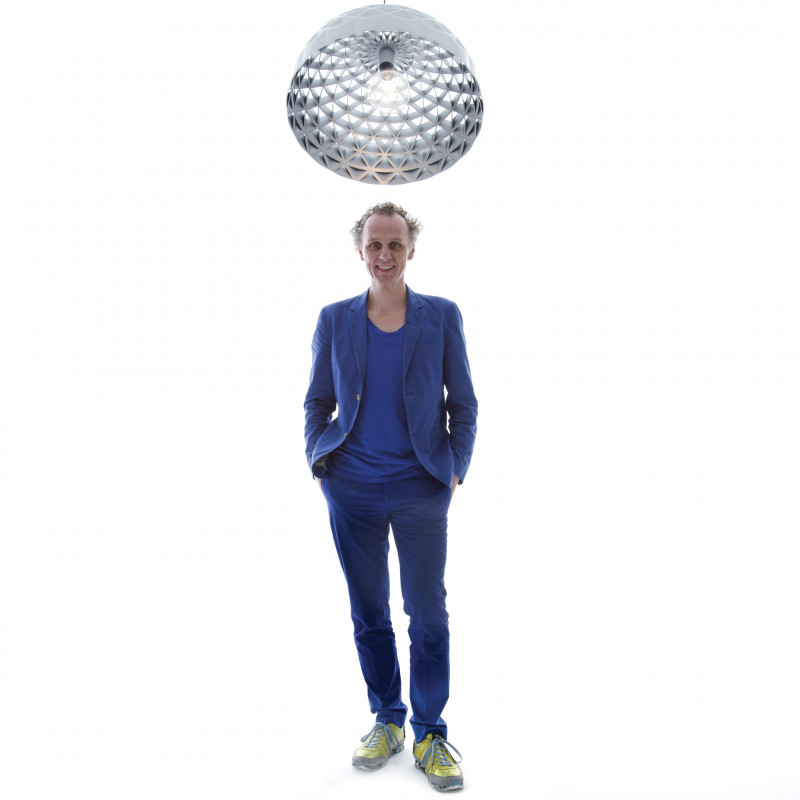 Richard Hutten, Dutch, born in 1967, graduated from The Design Academy Eindhoven in 1991. That same year he founded his design studio specialised in product and interior design.

He was one of the founding members of Droog Design, a Dutch collective who changed the field of design since it’s appearance in 1993.

Nowadays, Hutten is one of the most influential Dutch designers. He is known for his conceptual yet playful designs. Of his famous Dombo mug over one million pieces got sold world wide.

Many of his clients are leaders in their field. To name a few: Moooi, Moroso, Offecct, Skultuna, Muji, Artifort, Gispen.

His works can be found in over 40 museums in the world, including MoMA New York, Victoria & Albert Museum London, Stedelijk Museum Amsterdam and Vitra Designmuseum, Weil am Rhein.

Richard works and lives in Rotterdam and is the father of 3 sons.