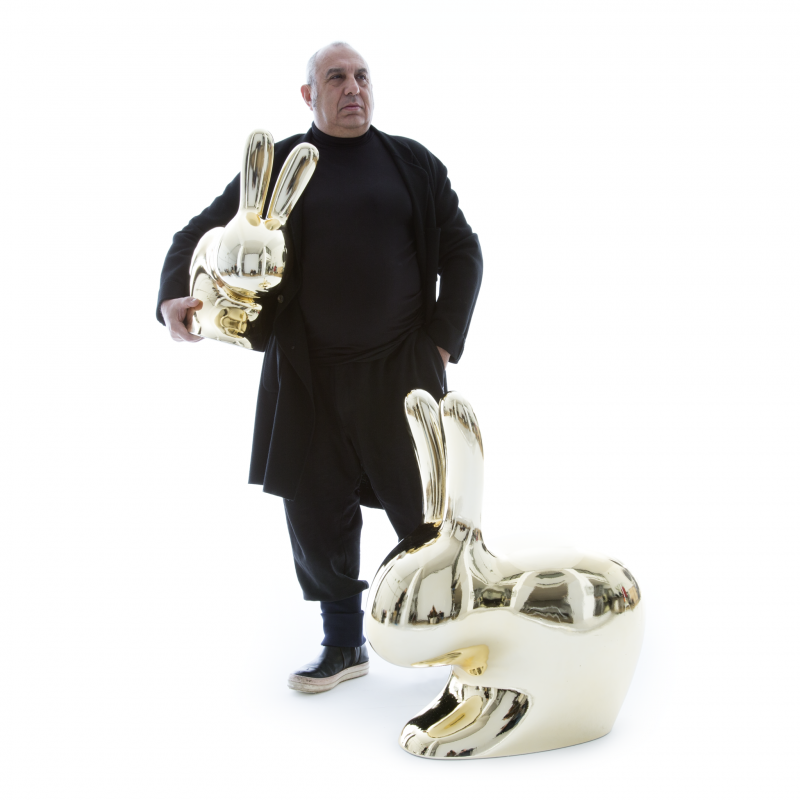 Stefano Giovannoni, graduated in Architecture in Florence in 1978, lives and works in Milan.

Working as industrial designer, he created many bestsellers and commercially successful products establishing records of sales in the design contest such as the “Girotondo” and “Mami” series, the popular iconic plastic products and “Il Bagno Alessi One” for Alessi and the “Bombo” series for Magis.

He has been defined  “Champion of Super and Popular of the years 2000” (Alberto Alessi), “King Mida of design” (Cristina Morozzi), “Most bankable designer” (Eugenio Perazza, Magis) for his ability to foretell people's taste.